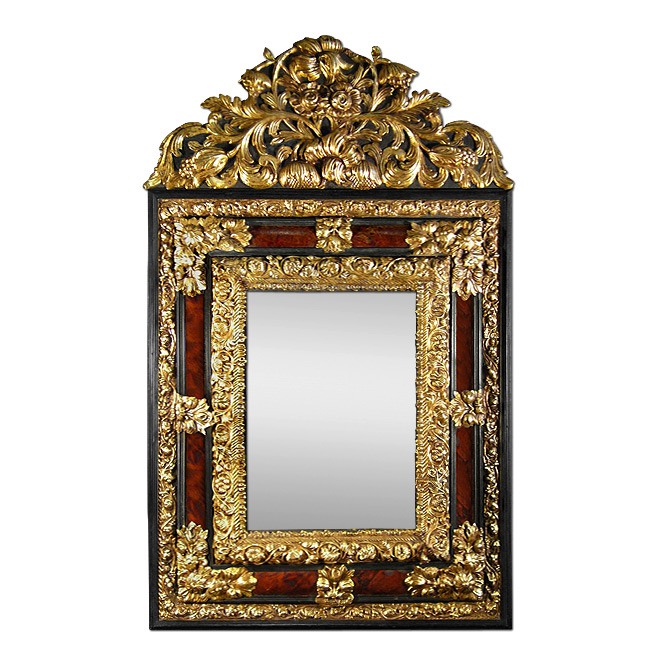 The Louis XIII style is a style at the crossroads of different currents, Italian, Spanish and Flemish. The personalities of power will make coexist several Louis XIII styles, sobriety and baroque ornamentation.

The very pious and austere monarch Louis XIII (1601-1643) gave his mark of sobriety to the Louis XIII style. He succeeds his father Henri IV and the regency of his mother Marie de Médicis (1575-1642), who although Italian had surrounded herself with great Flemish artists gradually emerging from the art of the Renaissance. His wife Anne of Austria (1601-1666), daughter of the King of Spain, assisted by Cardinal Mazarin (1602-1661) him Italian and art lover, brings to the style its Spanish touch with its rich ornamentation and its baroque current.

Under the influence of the two queens and the court, society becomes more worldly. Decoration therefore plays a more important role in the mansions of the wealthy middle class.

The Louis XIII mirror was still rare and precious with a very high manufacturing cost: an object of great luxury, social identification. The most commonly used woods are still oak, walnut and dark woods such as ebony, the others are often blackened such as pear tree and fir. 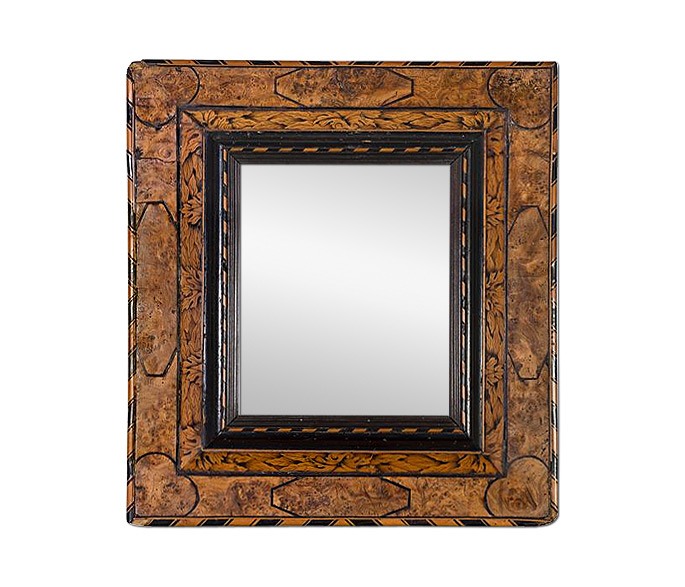 The ornamentations of the simple moldings can be elements of geometric designs, diamond points, simples rhombus or faceted. To these motifs can be added small columns, piastres, acanthus leaves, gadroons, lion’s, laurel branches, fruits, cornucopias… The metal or wood inlays are replaced by the appearance of marquetry thanks to new techniques. Colored wood marquetry, tortoiseshell inlays, copper, bone, pewter, lapis lazuli.

The most sought after mirrors apart from those mirrors framed by large wooden moldings were the Venetian mirrors which still hold a reputation throughout Europe.

At the end of this Louis XIII style, emerge a new interpretation of Ancient Art in its proportions and ornamentation which announces the era of the great King Louis XIV.