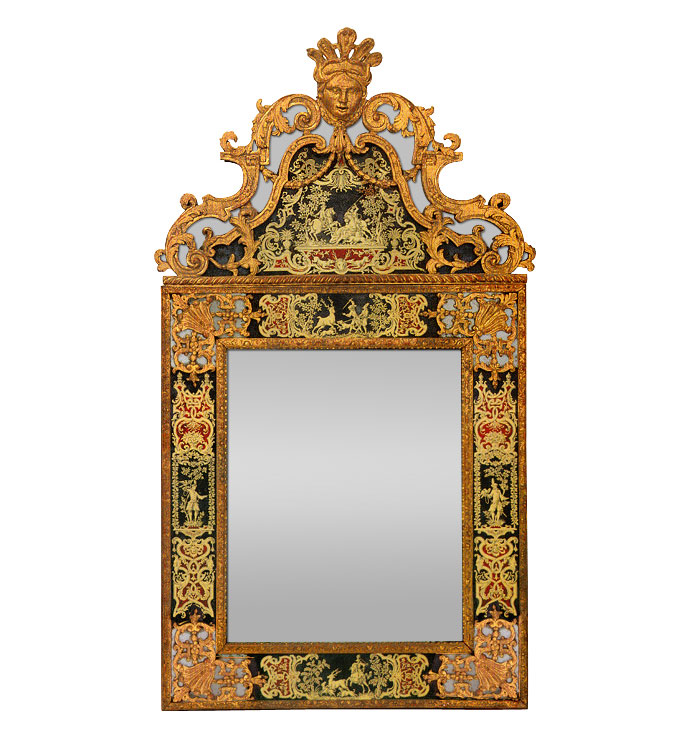 For the first time a French style will be born in the service of the the prestige of King Louis XIV (1638-1715). The Louis XIV style occupies a very important place in the art history, a world renown for its artists and craftsmen, the most majestic of styles for its quality, its originality, freed from Flanders and Italy. It is the Palace of Versailles that best illustrates the nobility of the Louis XIV style, in particular the Hall of Mirrors (73 meters in length).

The Louis XIV style succeeds the severity of the Louis XIII style.

Use mirrors for decoration was encouraged by the King Louis XIV (1638-1715). Mirrors are only found in the homes of the aristocracy and the wealthy bourgeoisie.

Louis XIV style is distinguished by its own ornamental research. The decorator architect Jean Berain (1637-1711) was one of the creators of the Louis XIV style with his craftsmen Jean and Pierre Le Pautre and Daniel Marot (1661-1752). Jean Berain also collaborated with Charles Lebrun (1619-1690) painter and decorator, another great creator. 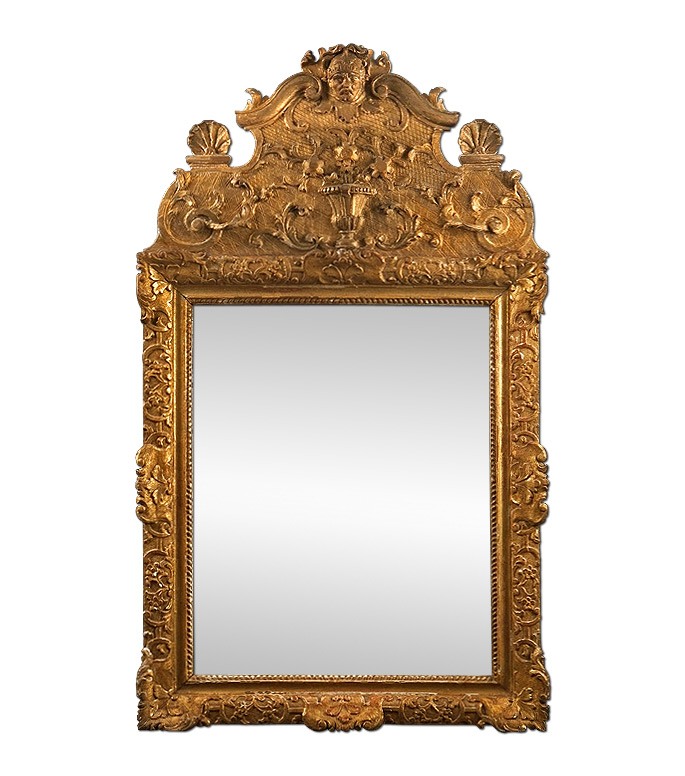 As well as patterns borrowed from the art of upholsterers: valances, bows, ribbons, rhombuses with flowers.

All of its ornaments and patterns are perfectly carved on natural oak and walnut woods or primed and gilded with gold on oak, beech or pear wood. 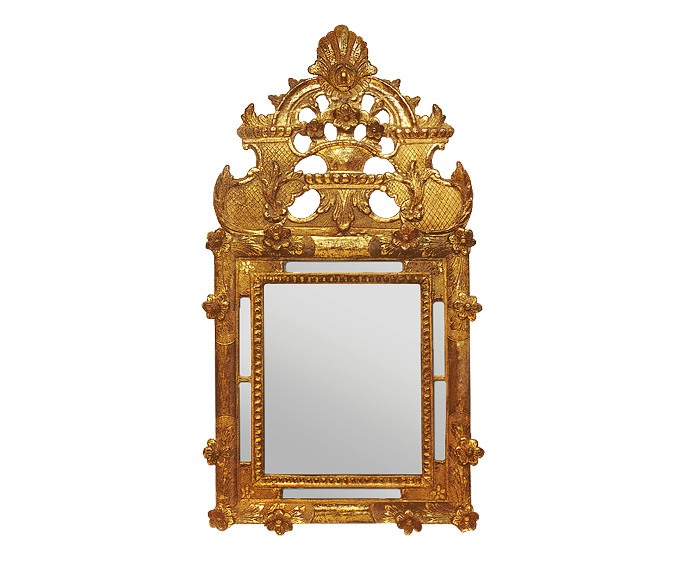 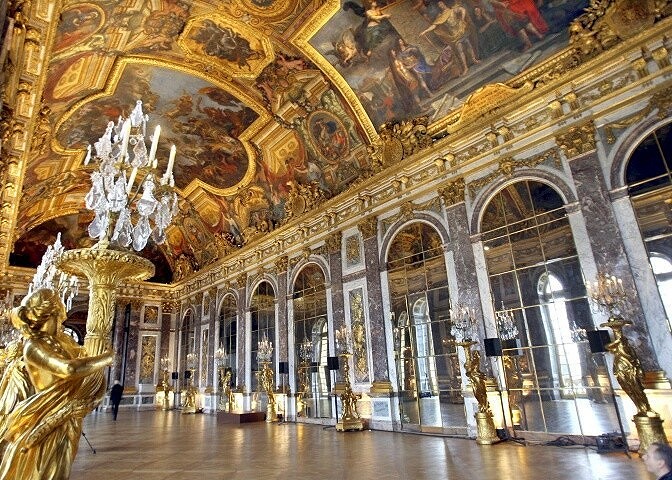 The Hall of Mirrors – Palace of Versailles

Under Louis XIV, it was the innovation of Bernard Perrot (1640-1709), an Orléanais glassmaker, inventor of cast flat glass, which made it possible to produce flat glasses in large areas slightly larger than 1 meter.

In 17th century, France therefore competes throughout Europe for the production of high-quality, large-sized flat mirrored glass. To cover large surfaces with glass mirrors it was necessary to use small glass panels, attached next to each other. At that time, it was impossible to see each other in full, without this technique.

Hercules Gallery at the Lambert Hotel in Paris and the Hall of Mirrors in Versailles is an illustration of the interior decorative role of juxtaposed mirrors for the illusion of grandeur desired by Louis XIV.

At the end of the reign of Louis XIV, The King’s architect, Robert de Cotte (1656-1735) introduce Trumeau Mirrors (fireplace mirror) into the interior decoration of beautiful homes whose popularity continued until the early 20th century.