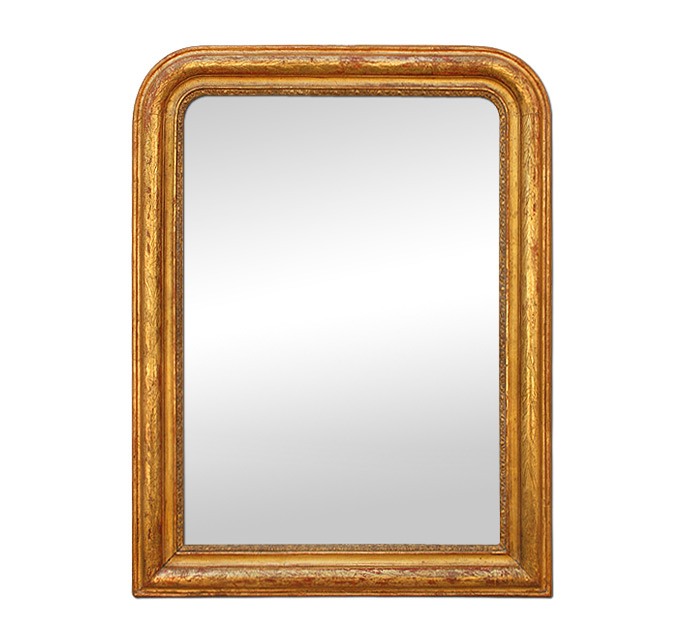 Louis-Philippe Mirror
Illustration – Not for sale

Louis-Philippe style is in the image of the “citizen king”, Philippe d’Orléans: 1773-1850. This style developed in a context of the industrial revolution and the evolution of the French bourgeoisie.

It is the bourgeoisie that dictates its taste. Work mechanization and techniques development of production are promoting mass production, in the field of frames and mirrors of large production workshops are opening. These manufacturers of frames and moldings are very influenced in their achievements, by Alexandre Louis Béllangé (1796-1861) Parisian cabinetmaker and by Claude Aimé Chenavard, known as the hornet, ornamentalist, creator of a collection of ornaments of all kinds and all styles.

Carved wood technique is mostly replaced by stucco on a wooden frame. Copper leaf and bronzine (varnish charged with bronze powder), as well as silver leaf and its imitations, sometimes replace gold leaf, which is still widely used. 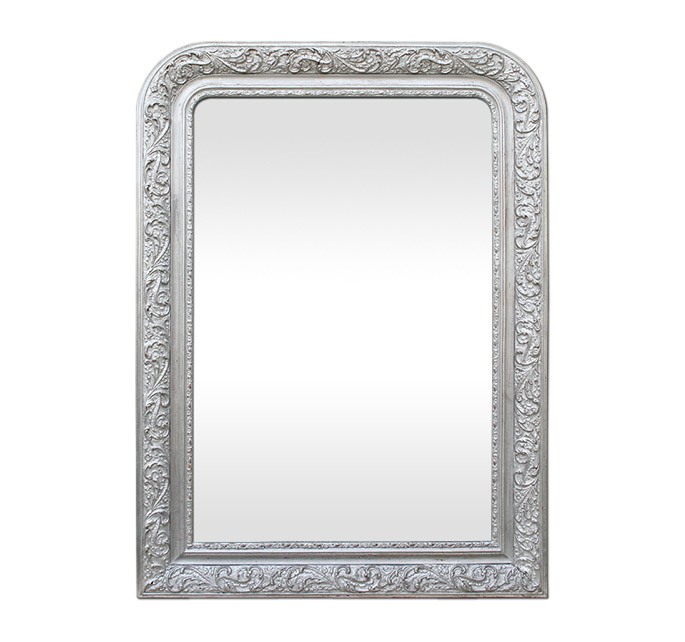 Louis-Philippe Mirror
Illustration – Not for sale

Louis-Philippe style has often few ornaments, wide and rounded moldings with or without rows of pearls framing the mercury glass. Clean lines sometimes with pediments adorned scrolls of flowers or foliages.

Original shape with its two rounded corners appeared during this period.

Mercury glass was replaced gradually by silver glass at the end of Louis-Philippe’s reign. Because mercury glass technique was dangerous for craft workers.

It was from this time on that low-cost mirrors coexisted with artistic creation by art craft workers.

It was also the beginning of a pronounced taste for various stylized inspirations, would later assert itself under the Napoleon III style.