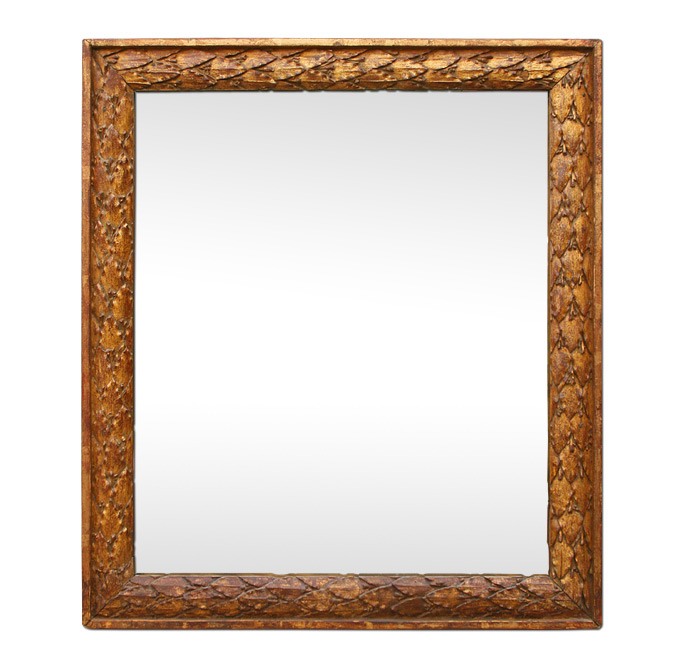 1789 revolution upset the taste for decoration of French society by its condemnation of the splendor of the monarchy. An important event will also contribute to this change. In 1791, trades corporations disappeared under the Chapelier Law. This corporations ensured quality of the production by the orders of the court of the King and the nobility. Many exceptional manufacturing workshops have disappeared and are replaced by manufacturers producing mirrors of lesser quality.

It is a short transitional period of a neoclassical style which condemns all that represents the monarchy and which reveals a taste for the antique and civic virtues.

Manufacturers of mirror frames (as for the furniture) will simplify the forms, the ornamentations are simpler, the materials have less quality, the skilled labor has also decreased. The most used woods are elm, walnut, beech and fruit trees. Little inlay and marquetry. Few carved woods gilded with gold, but painted woods with patterns and ornamentation on different themes:

From 1799, the first Consul Bonaparte brought by his choices in the field of the arts a pre-Empire style known as the Consulate style (or under the name “Messidor style”).